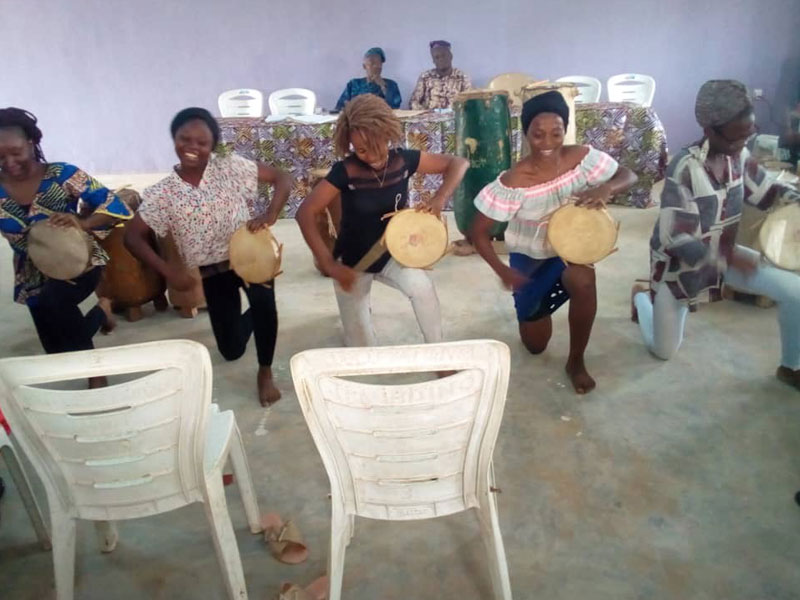 Founder and Artistic Director of Abeni Visual and Performing Art Institute, the co-partner of the programme, Chief Muraina Oyelami, said Yoruba cultures and traditions were facing serious threats by the rising spate of civilisation and cultural imperialism: “One of the best ways to salvage the heritage from extinction, especially among the youths was to empower and position them to promote culture and traditional values.

“Visual and performing arts are veritable channels through which the legacy could be set and continued from generations to generations to maintain the culture and tradition of the Yoruba race.”

To actualise the lagacy, Governor Adegboyega Oyetola, mandated all the 30 local government areas to contribute a certain amount of money for the training of three students each from the local governments.

During the flag-off of the programme at the campus of the institute of the in Iragbiji, Oyelami disclosed that the duration of the training is three months, while candidates would be admitted in batches.

He said the least qualification for their admission was first school leaving  (primary) certificate as well as higher certificates such as NCE, OND, HND and higher degrees, while the age limit is between 16 and 30 years. The target number of youths to be trained in the first batch is 90 and candidates would be admitted in batches to cut across the senatorial districts:

“Thirty youths in Osun Central will be trained in three months followed by Osun East and the same for Osun West. This means that in nine months, 90 youths would have been trained and empowered.”

He said N6 million was earmarked for the programme:

“Abeni Visual and Performing Art Institute (AVPAI) is an organisation formed to promote art, culture and values, job creation and wealth and and to contribute to community development and sustainability. The organisation has the mission to give a better future to youths left behind by our formal education system.”

The training would cover three units of the institution’s courses which include: Visual Arts where courses offered include Textile Art Design and Cloth Weaving, Fashion Designing, Graphics, Painting and Print Making; Performing Art where courses offered include Drumming and Drum Making, Dance and Choreography as well as other special courses such as Yoruba Cultural Values and Appreciation.

Oyelami said it would reduce the number of youths roaming the streets and constituting nuisance and security threat to the society. It would also reduce youth unemployment and poverty level.

The coordinating director, Ministry of Culture and Tourism, Mr Samuel Adeniyi, said: “Government is fully aware that the pillars of economic development of the state revolves around culture, tourism and preservation. That is why it has thrown its weight behind the empowerment programme.”

One of the instructors, Azeez Oyeyemi, said: “I teach drawing and painting which is a part of visual arts. I can draw and paint pictures of Sango and Ogun, our forefathers and other prominent Africans and Nigerians, particularly Yoruba to keep alive their memories. This helps the present and future generations to know about them and their legacies and to see how we can adopt them into our situations. It also helps to enhance our (Yoruba) cultural values, and heritage.

“It also encourages tourism development because foreign and tourists come all the way to Osogbo to catch a glimpse of paintings and drawings of tourist attractions.  After teaching these students the course and train them they will be able to practise and earn a living.

“Since I joined the art industry, I have got a means of livelihood. I have made money to build houses and trained all my children in the university.”