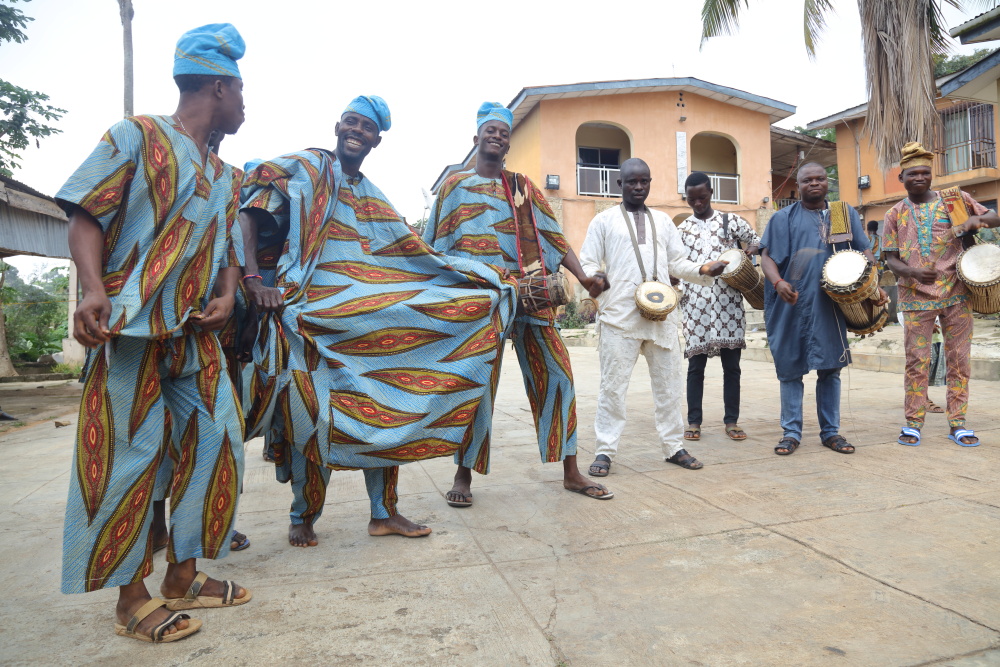 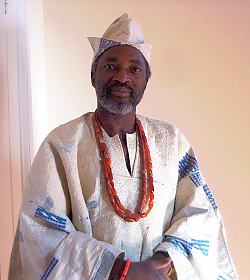 Speaking at an exclusive interview with The Telescope Nigeria, in his Iragbiji Ile Ona Art Gallery and Museum, Chief Muraina Oyelami, the Eesa of Iragbiji Kingdom said he conceived of the institute as a way to pay back to the society.

He narrated an experience that reinforced his desire to set up the institute. “On the way from Ada, a nearby town to Iragbiji, I saw numerous students trooping out of a school and I wondered about those who would not be able to finish their education or those who would finish secondary education but would not be able to continue. I thought we must do something for those youths between ages 14 and 24 years left behind by the Nigerian formal educational system.

“Coupled with this is the memory of my mother, Abeni, whose name the institute bears. She was a loving mother who never goes against any of my plans, even when she did not understand what I wanted to do. Her response once I inform her would be a blessing and a prayer – go ahead may you prosper and successful in the endeavour.

“The way I remember my mother lovingly, I thought there must be something I must do that will impact on the society and also endure for a long time”.

The institute on a two acre expanse of land has “a very large workplace, an auditorium that’s yet to be completed. I have a private museum, Ile Ona, which I will move to the place.

“This training aspect is to empower youngsters male and female. Though emphasis is not laid on paper qualification, but you need to have basic education to be able to read and write. We are seeking talents to be discovered.

“It has taken this long, because I know my standard. I am lucky to have the backing of some people like Mrs. (Funmilola) Wey, who has been passionate about this project. I want to thank her.

“Now we want to take off. We have weavers there already. We have started weaving and also we have started batik tie and dye, dress packaging, customised hand bags, souvenirs. We will also do aluminium art relief.

“The school will train people in dances, drumming, choreography. We have specialists to take them also in graphic arts and painting.

“In the performing section, we want to encourage Ijala, Sango chanting, rara and ekun iyawo. We will encourage contemporary poetry also.

“There will be classes for the elderly too. But basically this is for 14 to 24 years old.

“The lecturers are goig to be specialists in their field and we will have visiting professors, visiting lecturers to shape the young ones who may have been left behind by the formal education sector.

“There will also be Abeni Performing Art, a troupe that will keep the trainees busy. And we are speaking with some Yoruba in Diaspora about their children that are suffering from loss of identities to come and spend three months and interact with the indigenous people, go to market, learn the culture of the forebears – how to greet, how to interact and know by the time they go back to Europe or Americas that they have an origin”.

The institute is going to run as a charity. Chief Oyelami stated that the proceeds from the sales of dresses, batik, weaved cloths, etc will be ploughed back to run the school.

He has also constructed and hostel for the students and guest house for the visiting lecturers. To cater for their convenience he has dug boreholes in both the institute and the guest houses/hostels.

The batik section has gotten its first student in Bukola Ajewole who enrolled on May 8, 2018 and who according to the trainer, Mrs. Iyabo Ajani of Yabotech Art Gallery, Osogbo, “is a bright girl who within a spate of 10 weeks produced a stunning batik.

The institute whose objectives include, “Preservation and promotion of art, culture and values; job and wealth creation; value re-orientation; elevation of the down trodden, enhancing of security, and to discourage human trafficking, will start with a “Youth Art Contest designed for youths between ages 14 and 24 years left behind by the Nigerian formal educational system to mark the World Youth Skills Day.

“The World Youth Skills Day is slated for July 15, 2018 but we are using the opportunity of the International Youth Day coming up on Sunday, August 12, 2018 to mark the event on Monday, August 13, 2018. Its theme is “Safe spaces for Youths”. It is our belief that to create safe spaces for youths, the youth must be saved from itself by providing skills that would occupy their time. 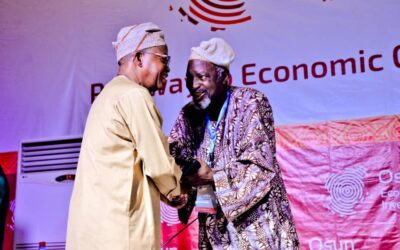 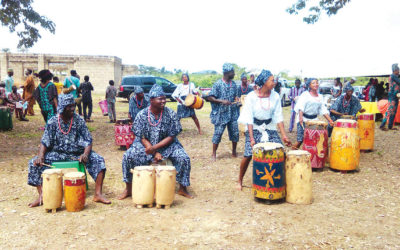